Helping the Batwa Find a Home 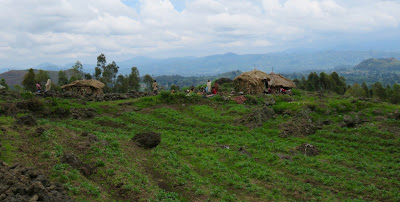 Setting out on a nine-hour, 326 miles, road trip from the bustling, traffic-jammed Ugandan capital of Kampala heading south to the spectacular, volcanic mountains of Kisoro, we were on a mission.

Our unlikely little group comprised Obed, the Head of a major NGO called ACODEV, with skilful driver, Edson at the wheel, and me in the back seat mesmerised by the fast-moving, colourful scenery.

I was chuffed to have persuaded Mr Kabanda Obed, a dynamic grassroots community development expert, jetlagged from a high powered international conference with Bill Gates in Washington DC, to join me in this challenging venture.

This epic trip, nine months in the planning, was finally happening! The brainwave took hold last October when I visited Kisoro for a gruelling gorilla trek while on safari with Absolute Africa. I met dedicated tour guide Ndabahariye Joseph, who took my Mexican friend, Julio and me to meet the Batwa tribespeople.
Displaced Outcasts

Back then, we discovered a dishevelled group of adults and children living in a few tiny huts perched on a craggy hilltop, on a scrap of unusable land owned by the neighbouring farmers. We were gobsmacked by their heart-wrenching story of being evicted from their hunting grounds when massive tracts of forests were gazetted as a national park to protect the endangered mountain gorillas. These displaced tribes people now lived in extreme poverty without the basics of survival – without proper homes, food security, water and sanitation and with very little access to a sustainable livelihood, medical care and education for their children, who suffered malnutrition and eye and skin infections.

Joseph was their champion. He yearned for a breakthrough that would transform the quality of life for the Batwa people. He worked closely with the devoted team at the Mgahinga Community Development Organization (MCDO) funded by a Swedish charity. However the Ugandan government appeared to completely overlook the desperate plight of this victimised community.

“My grandparents were evicted from the forests and suffered hardship ever since so I feel strongly for all the people who were displaced,” says Joseph.

And so I made a promise to Joseph that I would do whatever I could to help the Batwa. I don’t know where that outlandish promise came from! It welled up from somewhere in the depths of my being that responded to their helpless and hopeless predicament. I believed there had to be a solution to meeting basic survival needs in the advanced 21st century. I was fired by my passionate belief in human rights and social justice that people should not be condemned to live in abject poverty and misery, shame and humiliation.

I had met Obed at a Tostan training course in Senegal last July and was impressed by his outstanding achievements over 14 years of empowering rural communities throughout Uganda. Obed had perfected a five-step process of research, awareness-raising, capacity building, activism and collaboration that took communities rife with overwhelming problems such as post-war trauma, orphans, HIV/AIDS, horrendous health problems, domestic violence and abject poverty into flourishing, sustainable, safe and healthy communities. 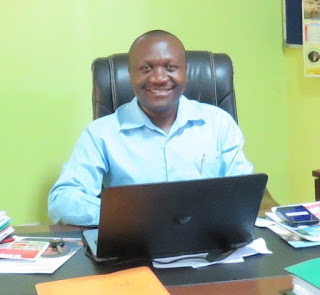 I knew Obed was THE MAN to take on the challenge of the Batwa. So it was a joyful moment of sublime networking when Obed and Joseph, two compassionate and strong crusaders, finally embraced in a bearhug at the Rafiki guesthouse in Kisoro, run by the charming and capable Gloria.

We walked to the MCDO office and met Godfrey, Jackson and Abel and learned about their projects and initiatives such as enrolling some of the Batwa children into schools.


And they told us the backstory. As many as 25,000 tribespeople were evicted from the Mgahinga and Bwindi Gorilla National Parks in 1991. The small Batwa community that live on the Kisoro hilltop number around 58 adults with dozens of children. They have survived for 26 years, marginalised and shunned as outcasts, scavenging food from the farmers that work the fertile slopes, growing Irish potatoes, maize, corn and vegetables. 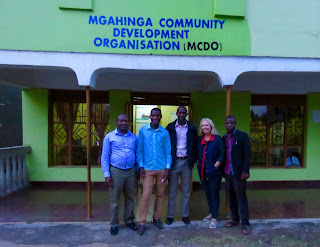 The next day, Obed and Joseph and me, joined by International Co-ordinator, Kamanzi Festo and young Batwa leader, James, trekked through the idyllic green hills, waving and calling to the children and men and women swinging their hoes in the fields, side-stepping goats and cattle, awe-struck by the heavenly views of the surrounding volcanoes and misty expanse of Lake Mutanda. 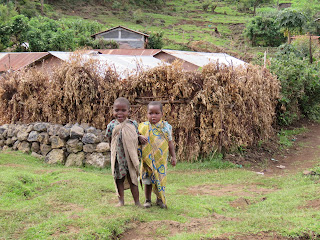 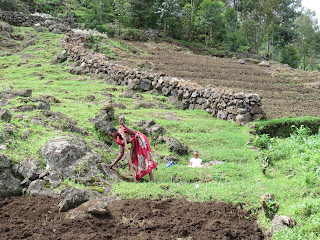 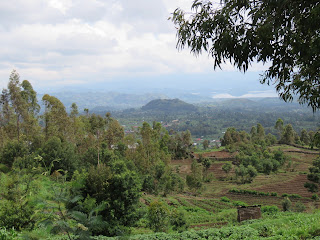 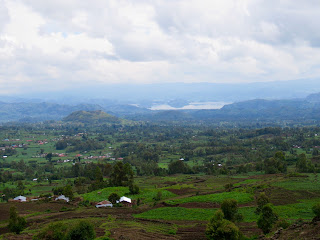 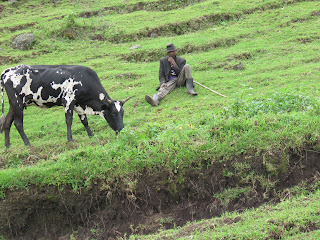 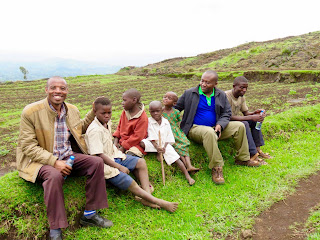 The tribespeople greeted us with songs, dancing and drama that told their story of eviction to protect the mountain gorillas they revered. They are proud of their heritage, remembering how they once lived wild and free in the beautiful forests, hunting buffalo and antelope and foraging for honey and living safe and warm in caves.

Obed listened carefully to the community leaders’ passionate pleas as they outlined their daily challenges and desperate needs. 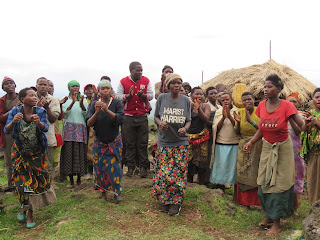 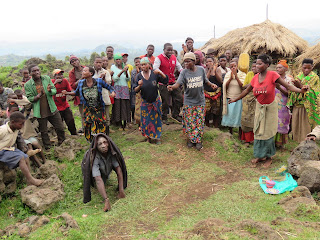 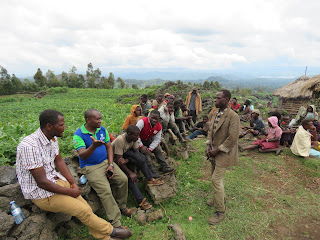 Land is the Start

Having heard similar stories of struggling communities, Obed identifies immediately that owning land is the first priority for these people. He said: “You can’t build proper housing, you can’t build toilets, if you don’t first own the land. Everything else follows from there; growing food and finding sustainable work and accessing medical and education services.”

And he lays the responsibility clearly with the government that failed 26 years ago to humanely relocate the tribes people on their own land with decent housing.

He points out that funding exists. In a cynical political move, the Ugandan government is currently giving around $8500USD to every MP to campaign in a referendum to increase the presidential retirement age limit so the aging President Museveni can stay in power.

Obed says it would cost the government very little to purchase a plot of land for the Batwa people. And land would not just provide a place to live; land would restore their dignity, hope and respect in the wider community.

During our visit, one woman lay on the ground nursing painful bruises from being beaten by a man when she ventured into town the previous day. We sat and soothed her but the problem runs much deeper than words of sympathy and Joseph’s efforts to take a doctor to the remote patient. The community’s hostility to the Batwa is increasing. Everyone wants a solution to this chronic problem of social outcasts.

After our hilltop visit, during lunch in the rustic Amajyambere camp relentless torrential rain thundered down on the tin roof and flooded the surrounding bush. While a welcome blessing for the growing crops, I could only picture, with a shudder, the Batwa people and their children huddling together in their tiny damp straw huts. Everyone deserves shelter from the storm.

So our exuberant road trip from Kampala to Kisoro is just the beginning. Obed and Joseph and the MCDO team will continue working together to ensure the forgotten Batwa people, after 26 years of exile, will finally find a place to call home. 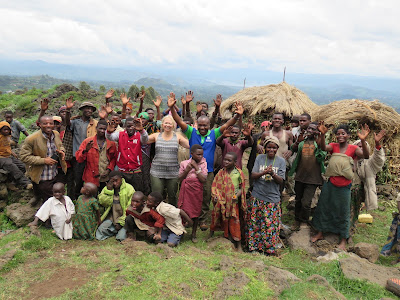 Posted by Diane Priestley at 5:33 AM

Diane Priestley
Hello Friends, Rather than focusing on what the world can do for you, consider what you can do for the world! Our planet is in crisis and needs us all to solve problems and improve the quality of life. Everyone, whatever age, can use their wisdom, compassion and skills to improve life for humans, animals and the planet. I challenge you to embrace a life of love and purpose. I am an experienced journalist with a long career writing for newspapers, magazines and online publications in Australia and the UK. I'm also a qualified counsellor and workshop facilitator. These days, I'm passionate about empowering communities with knowledge about health, human rights and ending harmful practices across Africa. Share my journey and be inspired to Make A Difference!